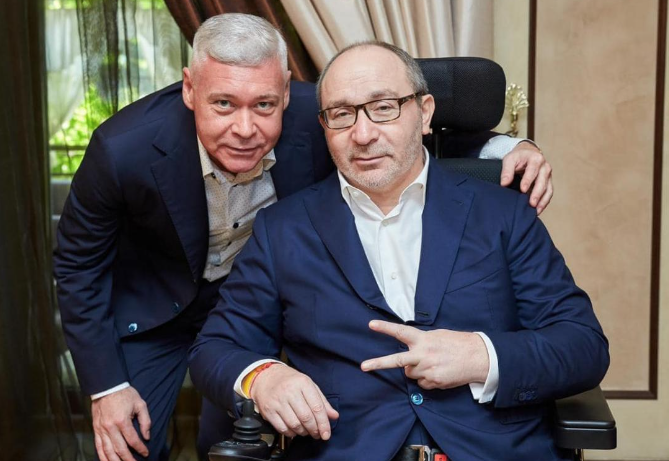 Taras Kremin, Commissioner for the Protection of the State Language, issued a resolution imposing an administrative penalty in the form of a fine for violating the Law of Ukraine “On Ensuring the Functioning of the Ukrainian Language as a State Language” by Kharkiv Mayor Ihor Terekhov.

There is about it message on Taras Kremen’s Facebook page, he writes dailylviv.com.

As stated in the resolution, Kharkiv Mayor Ihor Terekhov in appeals to residents of the city of Kharkiv on the telethon “Edyny Novyny” used non-state languagewhich violated the first part of Article 12 of the Law.

For committing the above administrative offenceprovided for by the first part of Article 188 (52) of the Code of Ukraine on Administrative Offenses, an administrative fine in the amount of UAH 3,400 was applied.

Also issued a resolution on imposing an administrative fine in the form of a warning for violation of Part 6 of Article 27 of the Law of Ukraine “On ensuring the functioning of the Ukrainian language as the state language“, according to which the official Internet representations of the Kharkiv Mayor on Facebook and Telegram must be made in the state language.

In accordance with Article 291 of the Code of Ukraine on Administrative Offenses, the said resolutions shall enter into force after the expiry of the period for appealing them: December 4, 2022.

We will remind you that in 2021, the Commissioner for the Protection of the State Language carried out a series of measures of state control over the use of the state language by the Kharkiv City Council, during which the facts of the use of a non-state language by deputies of the Kharkiv City Council, including Igor Terekhov, in the exercise of their powers were established. According to the results of state control measures in accordance with the current legislation, they were compiled Acts and protocols on violationswhich was duly notified.

Also, letters with explanations of the norms of the Law of Ukraine “On Ensuring the Functioning of the Ukrainian Language as a State Language” and requirements for preventing their violation were repeatedly addressed to the Kharkiv mayor and the city council.

To whom the Ukrainian language has become more native: in the center, south and east of the country